Okay, so we were in Orlando for a wedding, look how phenom we looked. The timing wasn’t perfect for an attendee of the Craft, Draft, and Bites event, but the event was weekend long and since we were gone most of the weekend, we were only in attendance one of the days. 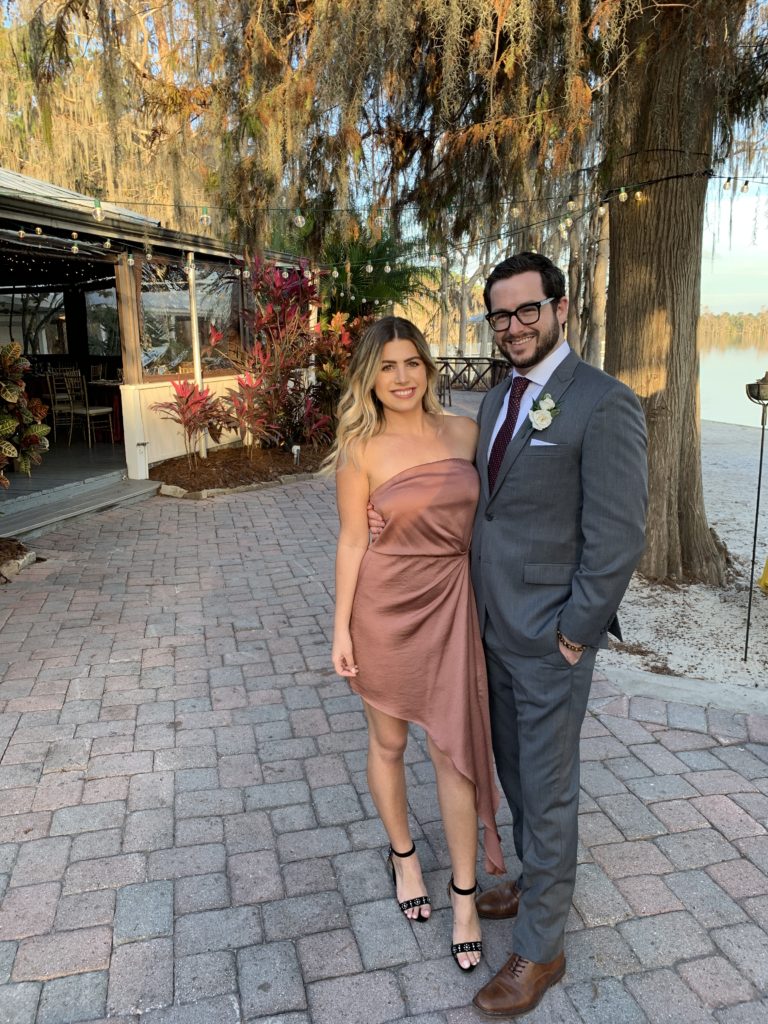 It was a nice set up at the Meyers Amphitheater in downtown West Palm Beach where vendors encased the grassy area in front of the stage where music played all day.

Okay so the first spot we hit was the busy tent in the middle and there was two bartenders helping a line of patrons as they and we, were all waiting for our turn to order a flight of beers 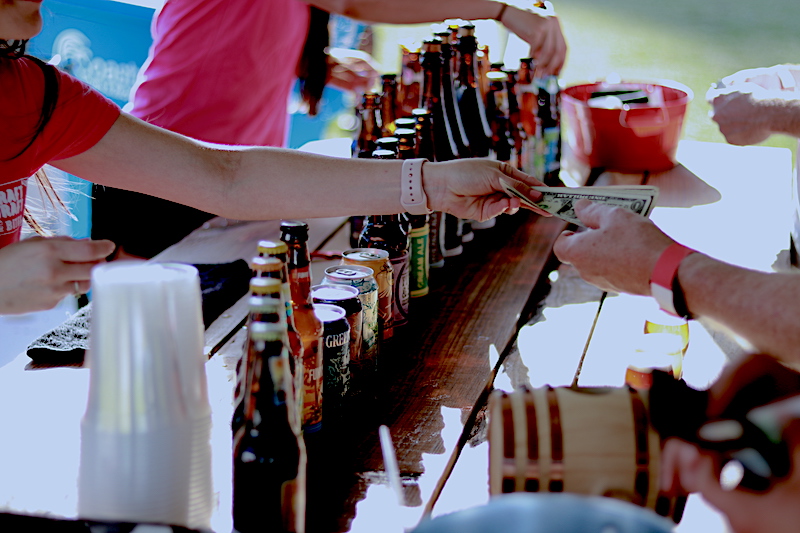 Look at this flight: 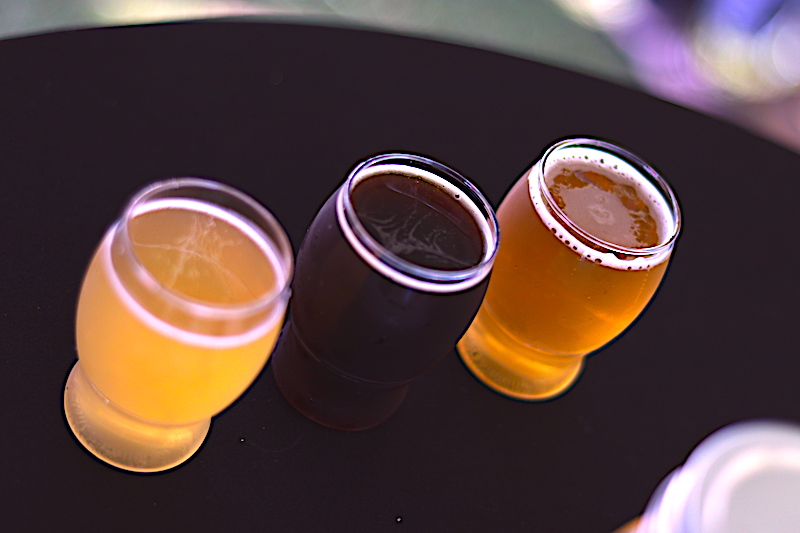 We opted for local-to-Florida brands like Islamorada Brewing Company and Big Top from Sarasota, Florida.

In the tent in there were games and the real crowd pleaser beyond corn hole and pong, was the giant Jenga tower. 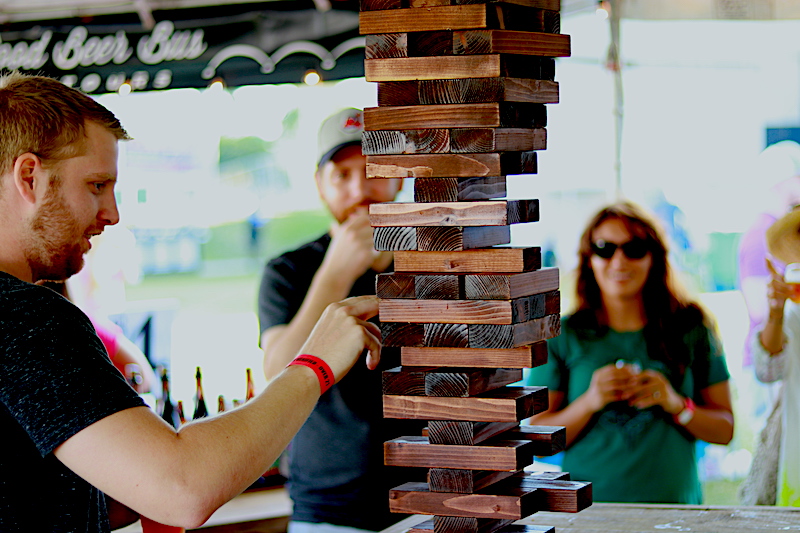 So after some games we jumped around to the tents and found that a few local companies were giving out samples of their liquor. Two of which was the very local Lost Harbor company in Palm Beach and Code Rum in Rivera Beach . I cant believe it, I guess I was just not in the know enough of liqour brands to know about the distilleries in my back yard, so I am thankful for events like this to keep me more connected. Kelly and I had a lot of fun meeting and talking with the proprietors of each company. 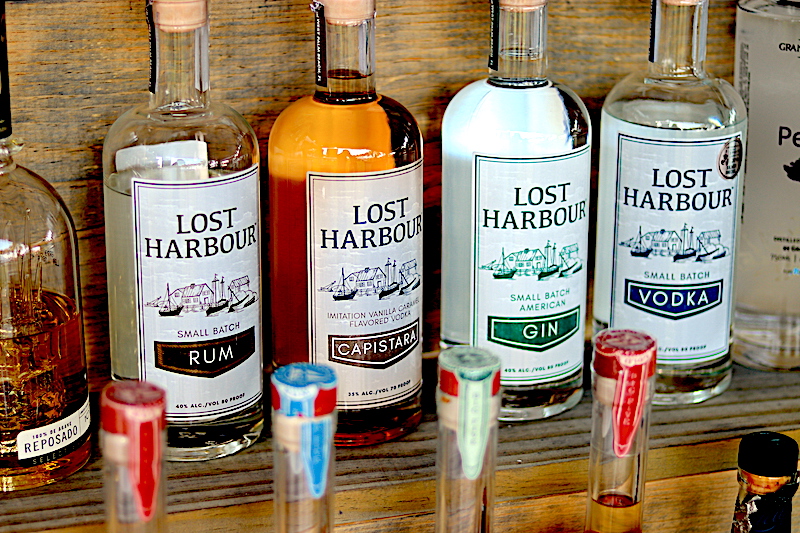 After some walking and drinking, it was time to eat and we decided upon tacos and talked with the friendly guys at Blue Pacific Tacos from Jacksonville, Florida who are right around the corner from where I grew up in Orange Park.  We both got two tacos and they were so fire, so much so, I am actually a bit sad they are not closer to me in South Florida, but maybe they will decide to open one down in the *fingers crossed* Palm Beaches. 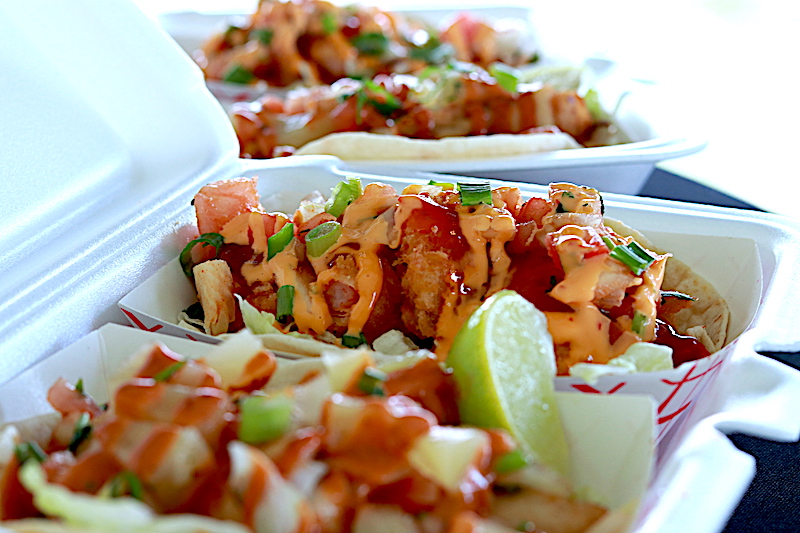 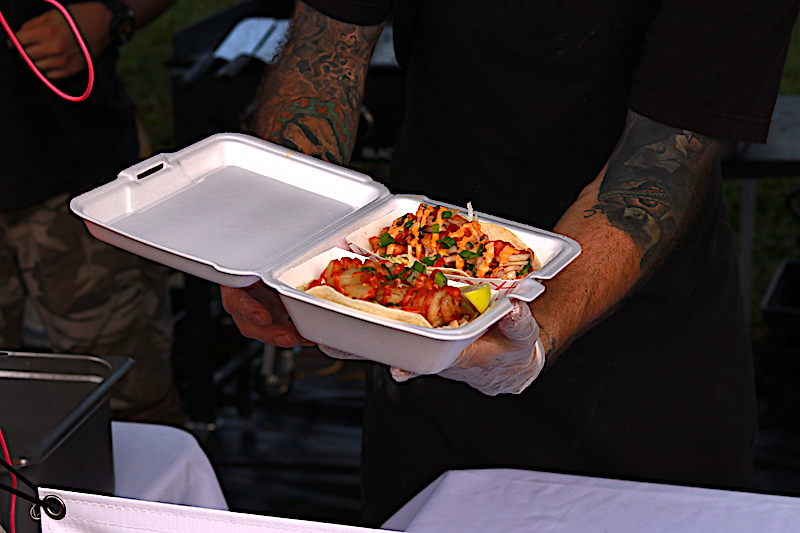 Had some live music tunes going, but unfortunately I didn’t get the name of the band pictured below. 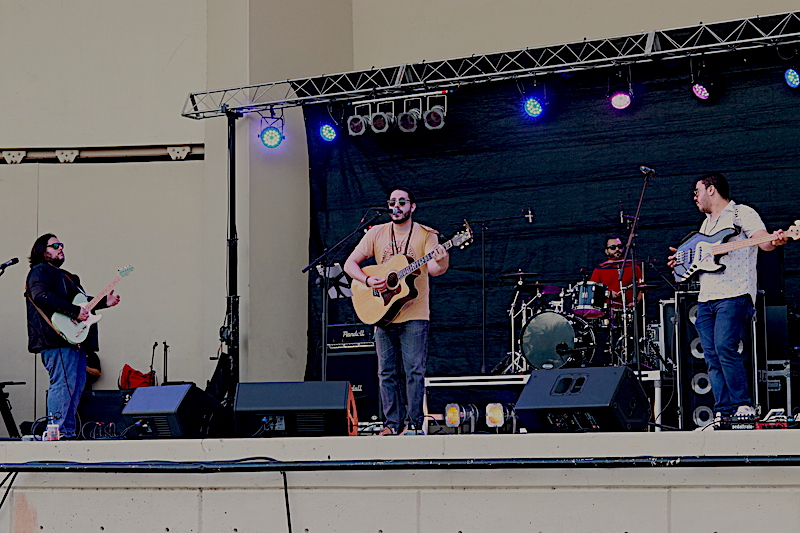 A rad little VW bus was on display selling apparel.

It was a day out and although we were technically recovering from the wedding weekend I am glad we rallied and made it out for a day and got to meet some really cool local peeps and try their products. Stay keen for next year, it is sure to be bigger and better.

Here to give you the scoop on all things to do, eat, and see as West Palm locals.